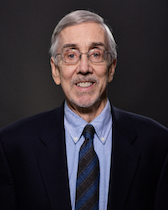 George D. Bond, Professor of Religion, specializes in Buddhist studies and South Asian religions. He works primarily on Theravada Buddhism studying the texts and the practice of Buddhism in Sri Lanka and Southeast Asia. He received his Ph.D. from Northwestern University and also studied at the University of Sri Lanka.

His teaching focuses on Buddhism, Hinduism and the history of religions. He has been a recipient of the Charles Deering McCormick Professorship of Teaching Excellence, the Northwestern Alumni Association's Award for Excellence in Teaching and the Weinberg College of Arts and Sciences Teaching Award.

His publications include: The Buddhist Revival in Sri Lanka (1988), The Word of the Buddha (1980), Sainthood: Its Manifestations in World Religions (1988), which he co-authored and edited with Richard Kieckhefer; and Buddhism at Work: Community Development, Social Empowerment and the Sarvodaya Movement (2004 ) He has also written numerous articles on Buddhist texts and Buddhist practice. One recent article, entitled "The Contemporary Lay Meditation Movement and Lay Gurus in Sri Lanka," appeared in Religion(2004). His current research focuses on Theravada Buddhist meditation and Buddhism in Sri Lanka.

“The Word of the Buddha”: The Tipitaka and Its Interpretation in Theravada Buddhism (1982, revised version forthcoming 2010).