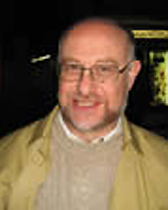 Kenneth Seeskin is the Philip M. and Ethel Klutznick Professor Emeritus of Jewish Civilization. After receiving his PhD from Yale in 1972, he joined the faculty of Northwestern and has remained here ever since. He served for nearly 20 years as Chair of the Philosophy Department and with the start of the 2010-11 academic year, will serve as Chair of Religious Studies. He has won several teaching awards since coming to Northwestern and served as the Charles Deering McCormick Professor of Teaching Excellence from 1995-1998.

Seeskin is best known for his interpretation and defense of the rationalist tradition in Jewish Philosophy, including such figures as Maimonides, Spinoza, and Cohen. His most recent books include the Cambridge Companion to Maimonides (CUP, 2005), Maimonides on the Origin of the World (CUP, 2005), Autonomy in Jewish Philosophy (CUP, 2001), and Searching for a Distant God: The Legacy of Maimonides (OUP, 2000). The latter was awarded the Koret Jewish Book Award in 2001. The Cambridge Guide to Jewish History, Religion, and Culture, co-edited with Judith Baskin, is scheduled to appear in 2010.

His published articles dealing with religious themes are wide-ranging including studies on the Book of Job, the meaning of the Holocaust, negative theology, the concept of holiness, and recent studies on the role of reason in Jewish philosophy, the role of miracles in Jewish philosophy, and the Greek background to Jewish Philosophy. He is currently working on a book on messianism that will take up issues pertaining to evil, rationality, and the philosophy of history.

Maimonides on the Origin of the World (Cambridge University Press, 2005) Choice Award for Outstanding Book in the Humanities, 2006.

"Reason as a Paradigm in Jewish in Thought," forthcoming in Cambridge History of Jewish Philosophy: The Modern Era.