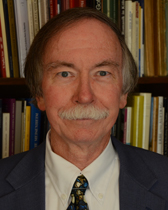 Richard Kieckhefer is the John Evans Professor Emeritus of Religious Studies. His research interests focus mainly on the late Middle Ages, with special interest in church architecture and in the history of witchcraft and magic. He is currently writing books on "the mystical presence of Christ" in the late Middle Ages (an exploration of the relationship between ordinary and extraordinary piety, between shared religious culture and exceptional religious experience) and late medieval church-building (an inquiry into the collaboration and conflict among different interest groups in the creation of monuments meant to serve and symbolize communal interests). His published books include European Witch Trials (Routledge & Kegan Paul; 1976), Repression of Heresy in Medieval Germany (Pennsylvania, 1979), Unquiet Souls (Chicago, 1984), Magic in the Middle Ages (Cambridge, 1989), Forbidden Rites (Sutton and Penn State, 1997), and Theology in Stone (Oxford, 2004). A theme underlying much of his research is the way in which communities create and sustain a sense of shared culture in the face of difference, dissention, and dispute.

“The holy and the unholy: sainthood, witchcraft, and magic in late medieval Europe,” Journal of Medieval and Renaissance Studies, 24 (1994), 355-85

“The office of inquisition and medieval heresy: the transition from personal to institutional jurisdiction,” Journal of Ecclesiastical History, 46 (1995), 36-61