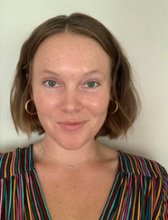 Ariel is a doctoral student in American Religions with research interests in religion-racial identity formation, conversion experiences, American Sufism, and the place of religious studies within the blue humanities. Her current work looks at Universal Sufism, paying attention to its location within the wave of spiritual seeking characteristic of the 1960s and 70s, and its proximity to other esoteric and new religious movements, both ideologically and geographically. She completed her M.T.S. at Harvard Divinity School, where her focus was religion, ethics, and politics in the American context. Prior to beginning her graduate work, she received a B.A. in Political Science from Reed College. Her advisor is Robert Orsi.