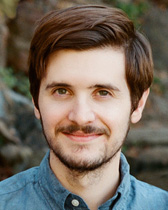 Kevin Buckelew specializes in the study of Chinese Buddhism. He received his B.A. in the liberal arts from Sarah Lawrence College, and his Ph.D. from Columbia University's Department of East Asian Languages and Cultures.

His research seeks to help us better understand the processes by which Buddhism was transformed as it was transmitted from India to China, with special attention to the rise of the Chan (Zen) Buddhist tradition and to interactions between Chinese Buddhists and Daoists. Thematically, his research explores how religious identities take shape and assume social authority, how materiality and embodiment figure into Buddhist soteriology, and how Buddhists have grappled with the problem of human agency. He has performed research in China, Taiwan, and Japan with the support of grants from the Fulbright program and the Bukkyo Dendo Kyokai.

His first book project, tentatively entitled "Discerning Buddhas in China: Identity, Authority, and Liberation in Song-dynasty Chan Buddhism," explores how Chan Buddhists made the unprecedented claim to a level of religious authority on par with the historical Buddha Shakyamuni and, in the process, invented what it means to be a Buddha in China. This claim helped propel the Chan tradition to dominance of elite monastic Buddhism during the Song dynasty (960–1279), licensed an outpouring of Chan literature treated as equivalent to scripture, and changed the way Chinese Buddhists understood their own capacity for religious authority in relation to the historical Buddha and the Indian homeland of Buddhism. But the claim itself was fraught with complication. After all, according to canonical Buddhist scriptures, the Buddha was easily recognizable by the "marks of the great man" that adorned his body, while the same could not be said for Chan masters in the Song. What, then, distinguished Chan masters from everyone else? What authorized their elite status and granted them the authority of buddhas? According to what normative ideals did Chan aspirants pursue liberation, and by what standards did Chan masters evaluate their students to determine who was worthy of admission into an elite Chan lineage? How, in short, could one recognize a Buddha in Song-dynasty China? The Chan tradition never answered this question once and for all; instead, the question broadly animated Chan rituals, institutional norms, literary practices, and visual cultures. By taking a performative approach to the analysis of hagiographies, discourse records, commentarial collections, codes of monastic conduct, commemorative inscriptions, and visual materials, this book seeks to measure the efficacy of Chan interventions in Buddhist tradition by showing how they participated in the epochal changes attending China's transition from the Tang (618–907) to Song dynasties.

“Pregnant Metaphor: Embryology, Embodiment, and the Ends of Figurative Imagery in Chinese Buddhism.” Harvard Journal of Asiatic Studies 78, no. 2 (2018): 371–411.