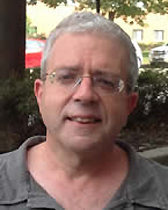 Robert Orsi is the first holder of the Grace Craddock Nagle Chair in Catholic Studies. Professor Orsi studies American religious history and contemporary practice; American Catholicism in both historical and ethnographic perspective; and he is widely recognized also for his work on theory and method for the study of religion. In 2002-2003, he was president of the American Academy of Religion. Professor Orsi has held fellowships from the Guggenheim Foundation, the National Endowment for the Humanities, and the Fulbright Foundation. He is a member of the American Academy of Arts and Sciences. In 2010 he received the E. Leroy Hall Award for Teaching Excellence, Weinberg College of Arts and Sciences, Northwestern University, the highest recognition for teaching offered by WCAS.