Visiting Scholar of Gender and Islam 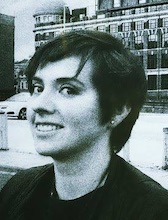 Dr. Anna Piela is a scholar of gender and Islam, and her areas of expertise include feminism in Islam, Eastern European Islam, as well as Islam in popular culture and digital media. She has conducted research with Muslim women of diverse backgrounds in the United States, United Kingdom, and Poland. She received her B.A. and M.A. in Political Science from the Jagiellonian University (Poland), and Ph.D. in Women’s and Islamic Studies from the University of York, U.K.

Anna Piela’s first book: Muslim Women Online: Faith and Identity in the Virtual World (Routldge, 2012) explored theological alliances between Muslim women who use digital technologies to facilitate the creation of women-centered interpretations of the key Islamic texts. Her second book, Wearing the Niqab: Muslim Women in the UK and the US (Bloomsbury Academic, 2021), focuses on the voices of women who choose to wear the niqab (the Islamic face covering) in the West. Having interviewed 40 women on both sides of the Atlantic, Dr. Piela discusses how women respond to controversies, bans, and debates involving the niqab in Europe and North America. Simultaneously, she argues for shifting the attention to niqab-wearing women's concerns and their incisive diagnoses of problems plaguing secular-liberal societies, including endemic racism, sexism, and nativism. This work is the first academic analysis of identities of American women who choose to wear the niqab, including African American women, as well as converts to Islam.

Wearing the Niqab is not just the book; it's a wider research project that resulted in articles in the Journal of American Academy of Religions, New Media and Society, Hawwa: Journal of Women in the Middle East and the Islamic World and Feminist Media Studies.

Dr. Piela is also involved in a collaborative research project on experiences of Polish converts to Islam, and, most recently, she has been investigating Muslim women's religious practices under COVID-19.

For a more complete list of publications and projects, see www.annapiela.com.