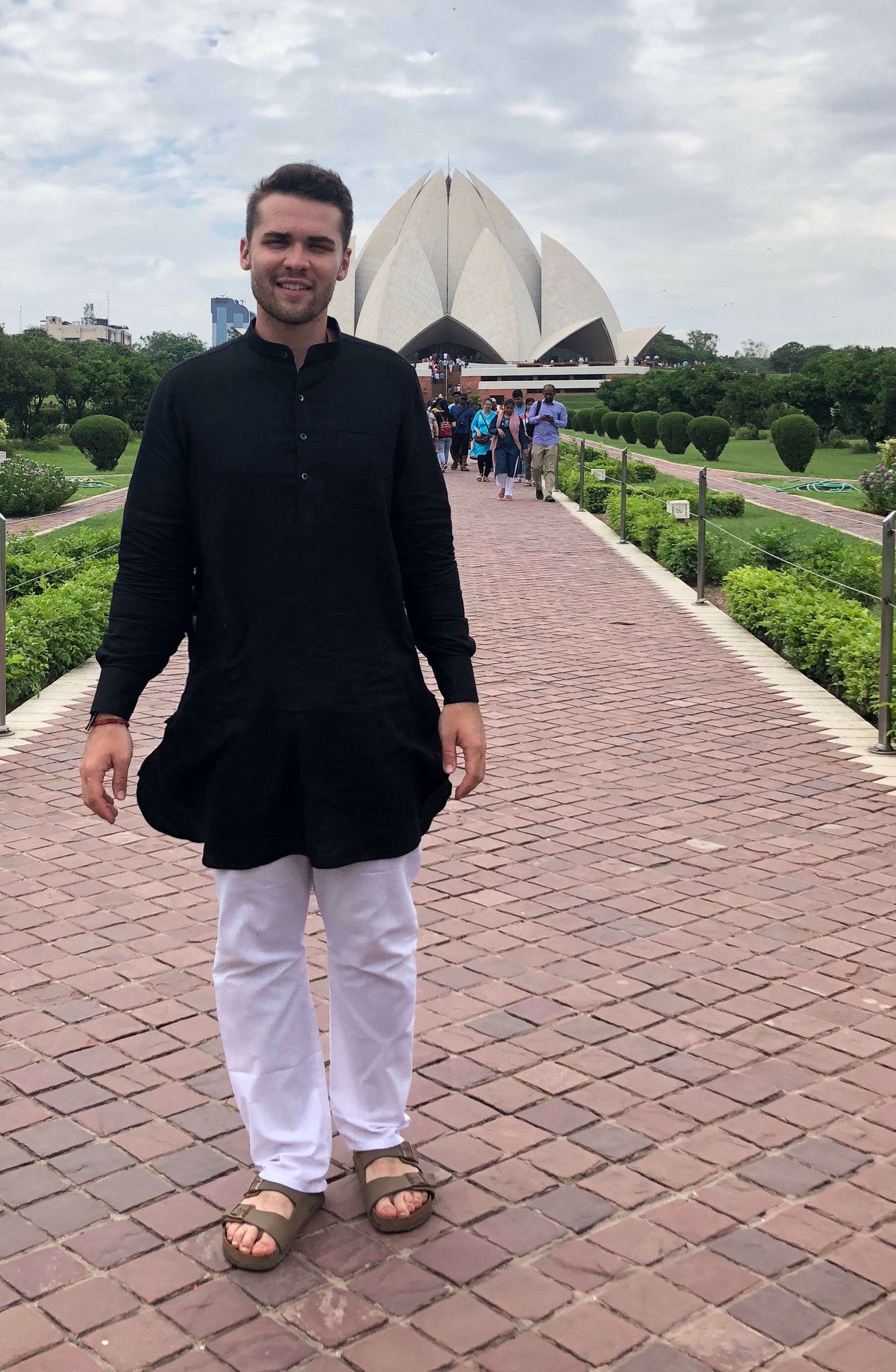 "After deferring his Fulbright research award by a year, Christopher La Mountain ’20 planned to travel to India to study the devotional music
of the Lotus Temple in New Delhi, focusing on how local religious traditions have influenced its music in a unique way, compared with the music of other faith spaces. “It will be important to capture this moment in time through such a project, especially considering the musical and religious vibrancy of Delhi,” La Mountain says. The Lotus Temple is one of seven major Bahá’í houses of worship in the world, a counterpart to the Bahá’í Temple in Wilmette, Ill."